In a letter dated January 1943 and addressed to "Local Registrars, Physicians, Health Officers, Nurses, School Superintendents, and Clerks of the Courts," Walter A. Plecker, the state registrar of vital statistics, warns his colleagues of parents whom he believes may be falsifying their children's racial designations. Also listed, by county, are the surnames of families he designates "mongrels."

Plecker was charged with enforcing the Racial Integrity Act of 1924 and subsequent related legislation, which banned interracial marriage in Virginia and asked for voluntary racial identifications on birth and marriage certificates. "White" was defined as having no trace of African ancestry, while all other people were defined as "colored." Falsifying racial information on a government form was a felony.

To accommodate elite Virginians who claimed Pocahontas and John Rolfe as ancestors, the law allowed for those who had "one-sixteenth or less of the blood of the American Indian and have no other non-Caucasic blood [to] be deemed to be white persons."

Our December 1942 letter to local registrars, also mailed to the clerks, set forth the determined effort to escape from the negro race of groups of “free issues,” or descendants of the “free mulattoes” of early days, so listed prior to 1865 in the United States census and various types of State records, as distinguished from slave negroes.

Now that these people are playing up the advantages gained by being permitted to give “Indian” as the race of the child’s parents on birth certificates, we see the great mistake made in not stopping earlier the organized propagation of this racial falsehood. They have been using the advantage thus gained as an aid to intermarriage into the white race and to attend white schools, and now for some time they have been refusing to register with war draft boards as negroes, as required by the boards which are faithfully performing their duties. Three of these negroes from Caroline County were sentenced to prison on January 12 in the United States Court at Richmond for refusing to obey the draft law unless permitted to classify themselves as “Indians.”

Some of these mongrels, finding that they have been able to sneak in their birth certificates unchallenged as Indians are now making a rush to register as white. Upon investigation we find that a few local registrars have been permitting such certificates to pass through their hands unquestioned and without warning our office of the fraud. Those attempting this fraud should be warned that they are liable to a penalty of one year in this penitentiary (Section 5099a of the Code). Several clerks have likewise been actually granting them licenses to marry whites, or at least to marry amongst themselves as Indian or white. The danger of this error always confronts the clerk who does not inquire carefully as to the residence of the woman when he does not have positive information. The law is explicit that the license be issued by the clerk of the county or city in which the woman resides.

To aid all of you in determining just which are the mixed families, we have made a list of their surnames by counties and cities, as complete as possible at this time. This list should be preserved by all, even by those in counties and cities not included, as these people are moving around over the State and changing race at the new place. A family has just been investigated which was always recorded as negro around Glade Springs, Washington County, but which changed to white and married as such in Roanoke County. This is going on constantly and can be prevented only by care on the part of local registrars, clerks, doctors, health workers, and school authorities.

Please report all known or suspicious cases to the Bureau of Vital Statistics, giving names, ages, parents, and as much other information as possible. All certificates of these people showing “Indian” or “white” are now being rejected and returned to the physician or midwife, but local registrars hereafter must not permit them to pass their hands uncorrected or unchallenged and without a note of warning to us. One hundred and fifty thousand other mulattoes in Virginia are watching eagerly the attempt of their pseudo-Indian brethren, ready to follow in a rush when the first have made a break in the dike.

SURNAMES, BY COUNTIES AND CITIES, OF MIXED NEGROID VIRGINIA FAMILIES STRIVING TO PASS AS “INDIAN” OR WHITE. 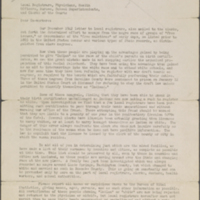 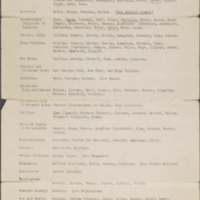